Congresswoman Colleen Hanabusa encouraged the continued diversification of Hawai‘i’s energy sources and stressed the need to accelerate the pace of efforts to move the state closer to clean, sustainable sources of power.
Congresswoman Hanabusa shared her comments after attending the Earth Day Summit at Washington Place today where participants reviewed the results of a report assessing the state’s progress toward 100% renewable energy by 2045.

Transcending Oil: Hawai‘i’s Path to a Clean Energy Economy, details the efforts of the Hawai‘i Clean Energy Initiative, a partnership the state formed with the U.S. Department of Energy (DOE) in 2008 to help build a clean energy economy.

The report outlines a path and proposes policies that would help Hawai‘i achieve its renewable energy goal well before 2045, creating new jobs and implementing increased environmental protections in the process.

“For too long our communities have relied on imported fossil fuels to generate the majority of our power supply,” said Congresswoman Hanabusa. “Hawaii has unparalleled potential to be a leader in the development and deployment of solar, wind, wave, geothermal, biofuel, and other sustainable energy sources. The changes we make now to diversify our energy sources to grow our economy and protect the planet are critical for the well-being of our environment and most importantly, our people.”

Hawai‘i’s isolated position in the Pacific has contributed to some of the highest and most expensive electricity prices in the nation. Over the last 15 years, Hawaii residents have paid up to 260% more for electricity than the U.S. average, and the price of gasoline remains close to $1 per gallon higher, according to the report.

Congresswoman Hanabusa thanked the many partners and stakeholders who participated in the collective effort resulting in the Transcending Oil report, including Dawn Lippert and the team at the Elemental Excelerator, Laurene Powell Jobs and Emerson Collective, Andy Karsner, the U.S. Department of Energy, other federal and state partners and the many individuals who gave of their time and expertise to produce the Transcending Oil report. 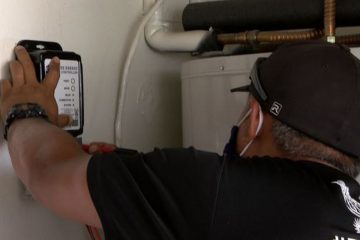 With tourism shut down, sustainable start-ups hope to fuel a new era in Hawaii’s economy

HONOLULU, Hawaii (HawaiiNewsNow) – Tourism may be the driving force behind Hawaii’s economy, but a growing number of entrepreneurs and business agree: It doesn’t have to be the only one. With the visitor industry still Read more… 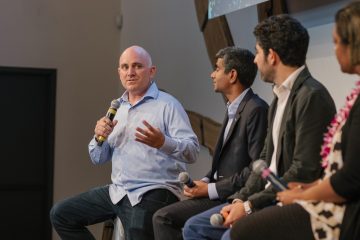 What has been your company’s latest pivot or innovation? At Shifted Energy, we primarily do three things: enable utilities to stabilize the grid, accelerate renewable energy integration and engage customers in innovative programs. We do that Read more…

Give us a ring